The Adoption Process (also known as the Diffusion of Innovation) is more than forty years old. It was first described by Bourne (1959), so it has stood the test of time and remained an important marketing tool ever since. It describes the behaviour of consumers as they purchase new products and services. The individual categories of innovator, early adoptor, early majority, late majority and laggards are described below.

Finally, laggards tend to very late to take on board new products and include those that never actually adopt at all. Here there is little to be made from these consumers.

There are a number of examples of products that have gone through the adoption process. They include Ipods or DVD players (or even video players and digital watches). Initially only a small group of younger or informed, well off people bought into these products. Opinion leaders, or the early adoptors then buy the product and tend to be a target for marketing companies wishing to gain an early foot hold. The early majority are slightly ahead of the average, and follow. Then the late majority buy into the product, followed by any laggards. New adoption process or curves begin all the time. Who knows what will happen with solid state technology or Internet purchases of media? 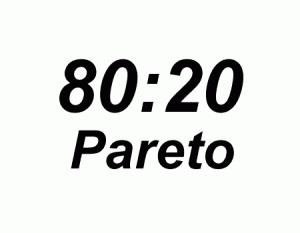 Innovators are the first to adopt and display behaviour that demonstrates that they likely to want to be ahead, and to be the first to own new products, well before the average consumer. They are often not taken seriously by their peers. The often buy products that do not make it through the early stages of the Product Life Cycle (PLC).

Early adopters are also quick to buy new products and services, and so are key opinion leaders with their neighbours and friends as they tend to be amongst the first to get hold of items or services.

The early majority look to the innovators and early majority to see if a new product or idea works and begins to stand the test of time. They stand back and watch the experiences of others. Then there is a surge of mass purchases.

The late majority tends to purchase the product later than the average person. They are slower to catch on to the popularity of new products, services, ideas, or solutions. There is still mass consumption, but it begins to end.