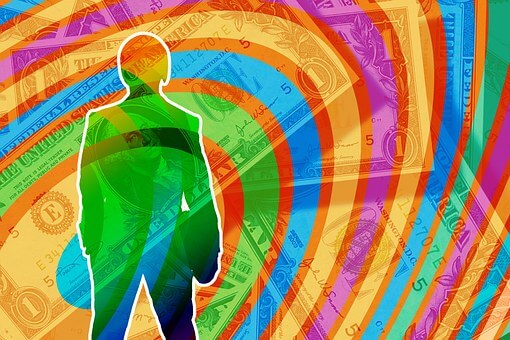 Another way of segmenting publics is to do it based on values and lifestyles. Such segmentation regularly is used by marketers to focus product and service appeals on particular socioeconomic levels. According to the VALS Lifetime Scale, segmentation separates consumers into eight distinct categories based on income and social class.

Remember that income is not the same as wealth, income is money that is earned, wealth is accumulated assets that people already have (cars, house, art). Some people can have a high income and have no money because they spent it all, or they can have lots of wealth and no job.

See below for more detail and examples.

a) Actualizers are those with the most wealth and power.
i) Successful, sophisticated, active, high self esteem, abundant resources.
ii) Image is important not as a status symbol but as an expression of their independence and character.
iii) Leaders in business and government.
iv) Concerned with social issues.
v) Have a taste for the finest things in life.
vi) 72% married, 59% men, 95% college educated.
vii) Income is $5 million a year and up.

b) Fulfilleds have high resources and are principle-oriented professionals or retirees.
i) Mature, satisfied, comfortable people.
ii) Value order, knowledge and responsibility.
iii) Most are well educated and in or recently retired from professional jobs.
iv) Leisure activities center around the home and family.
v) Conservative, practical consumers that look for functionality, value and durability in the products they buy.
vi) Income is $2-$5 million a year.

Actualizers, Fulfilleds, and Believers are upper class. They are only .5% of the population in the USA but control 80% of the wealth.

d) Achievers have high resources and are status oriented.
i) Seek recognition and self definition through achievements at work and school.
ii) Value predictability and stability.
iii) Deeply committed to work and family.
iv) Social lives are centered around family church and career.
v) Image is important to them.
vi) They favor established prestige products and products that demonstrate success to their peers.
vii) 73% married, 39% men, 77% college educated.
viii) Income around $200,000.

e) Strivers lack the resources of Achievers but are equally status oriented.
i) Seek approval from the world around them.
ii) Striving to find a secure place in life.
iii) Easily bored and impulsive.
iv) Wish to obtain things that are out of their reach.
v) Income around $100,000.

Achievers and Strivers are the middle class. This group is shrinking due to high credit card debt, bad mortgages and an increasing level of unemployment in America. 90% of Americans make $100,000 or less a year in income.

f) Experiencers have high resources, are action oriented, and are disposed toward taking risks.
i) Young, vital, impulsive and rebellious.
ii) Politically uncommitted and ambivalent about what they believe.
iii) Avid consumers that spend much of their money on clothing, fast food, music and movies.
iv) 34% married, 53% men, 41% college educated.
v) Median age is 26.
vi) Income is around $50,000 a year.

g) Makers also are action oriented but have low resources.
i) Practical with constructive skills.
ii) Experience the world by working in it, building a house, raising children, fixing cars, canning vegetables.
iii) Politically conservative.
iv) Suspicious of new ideas.
v) Respectful of government ideas and organized labor.
vi) Unimpressed by material possessions other than those with a functional purpose.
vii) Sometimes called the “working class.”
viii) Income is around $30,000 a year.

Experiencers, Makers, and Strugglers are lower class. These three classes total around 30 million Americans. About half are married in an effort to combine resources.

How do you appeal to each of these groups?

Appeal to their sense of independence and emphasize how it will enhance character.

Appeal to their need to feel prestigious, image is important to them, also family and work.

Appeal to the sense of attaining products they will feel important having.

Action! Appeal to a sense of youth and fun.

Appeal to loyalty and security