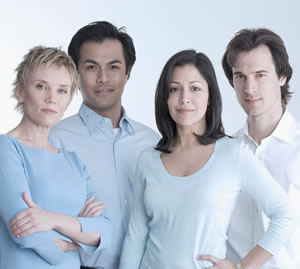 Baby boomers are the demographic of people who were born just after the Second World War; this would give the baby boomer generation an approximate date of between 1946 and 1964 .  World war two ended in a 1945, and as a rule of thumb baby boomers are the children who are born as the war ended, as families settled down again.

The name baby boomers described many different people , and in this article you must appreciate that it would be too simplistic to over generalise .  Nevertheless, here are some interesting facts about baby boomers. Richard Adler, is Research Affiliate at the Institute for the Future (IFTF) in Palo Alto, CA, where he recently co-led a project on Baby Boomers: The Next 20 Years. Here is his TED Talk.

Baby boomers grew up at peak levels of income, and had a general belief that things would improve over time.  In fact, they did. Baby boomers have worked for almost all of their adult lives , they had good pension schemes , they paid for housing when it was relatively cheap, and many had the opportunity to retire early . They’ve lived for a long time , and they will continue to live for much longer.

Arguably baby boomers thought of themselves as a special generation, at least one which was superior and different to those that proceeded it. 71-76,000,000 American children were born between 1946 and 1964 and this is a relatively high number. In Britain for example, baby boomers held about 80 per cent of the UK’s wealth, and are happy to spend money on holidays and experiences.

Here are some relevant and interesting facts about baby boomers :