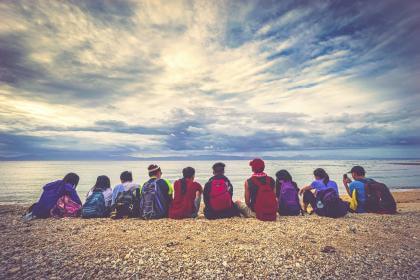 Lifestyle is a common word to explain complicated consumer behaviors. Lifestyle is a way to segment people into groups based on three things: opinions, attitudes and activities. Lifestyle means the ways groups of consumers spend time and money. Lifestyle can include things like bowling, cooking, car racing, kayaking, attending charity events, having pets, interest in politics, watching sporting events and so on

In a purchase that requires a high level of involvement, such as a car, consumers will consider various choices and develop beliefs about each choice; then they develop feelings about the products (affect); and finally they act on the behavior and decide to purchase, or not. Whereas with a behavioral influence, the customer will act first (purchase), then develop beliefs about their purchase and that leads to developing feelings about the product or service.

One theory about attitude change is the Elaboration Likelihood Model (ELM). This model shows how attitudes are changed based on the level of involvement in the purchase. As soon as a message is received a consumer begins to process it, depending on the level of involvement and motivation it will then follow one of two routes—the central route or the peripheral route. See Petty and Cacioppo (1981) and Petty, Ostrom and Brock (1981).(

The central route: If the consumer is highly involved in the purchase, then they will put forth considerable effort toward understanding the marketing messages. They will look for cues in the message that pertain to the product, its attributes, and advantages.

The peripheral route: If the consumer is not highly involved in the purchase, or lacks the motivation to process information, they are more likely to pay attention to the attractiveness of the people in the advertisement, images and music, which are all non-product related information. These cues play a major role in persuading consumers to purchase. This usually leads to a product attitude change that doesn’t last.

Social Judgment Theory Another theory for explaining attitude changes, this theory states that consumers compare incoming information to a frame of reference previously formed; The incoming messages are then filtered down two paths—latitudes of acceptance and latitudes of rejection. If a message is accepted then the filtered information has to be close to the original attitude. This is when messages are considered favorable and consumers agree with the message. A message is rejected when it is seen as too far from, or opposed to the original attitude.

Everyone has two lifestyles-the one they are currently in and the one they want to be in, which is always better than the current one. Marketers exploit this desire to move into a better lifestyle by showcasing people who are better off than the intended target market in their ads. For example most ads targeting children show children that are almost too old for the product, this appeals to younger children who desire to be like them.

The Six Living Generations In America